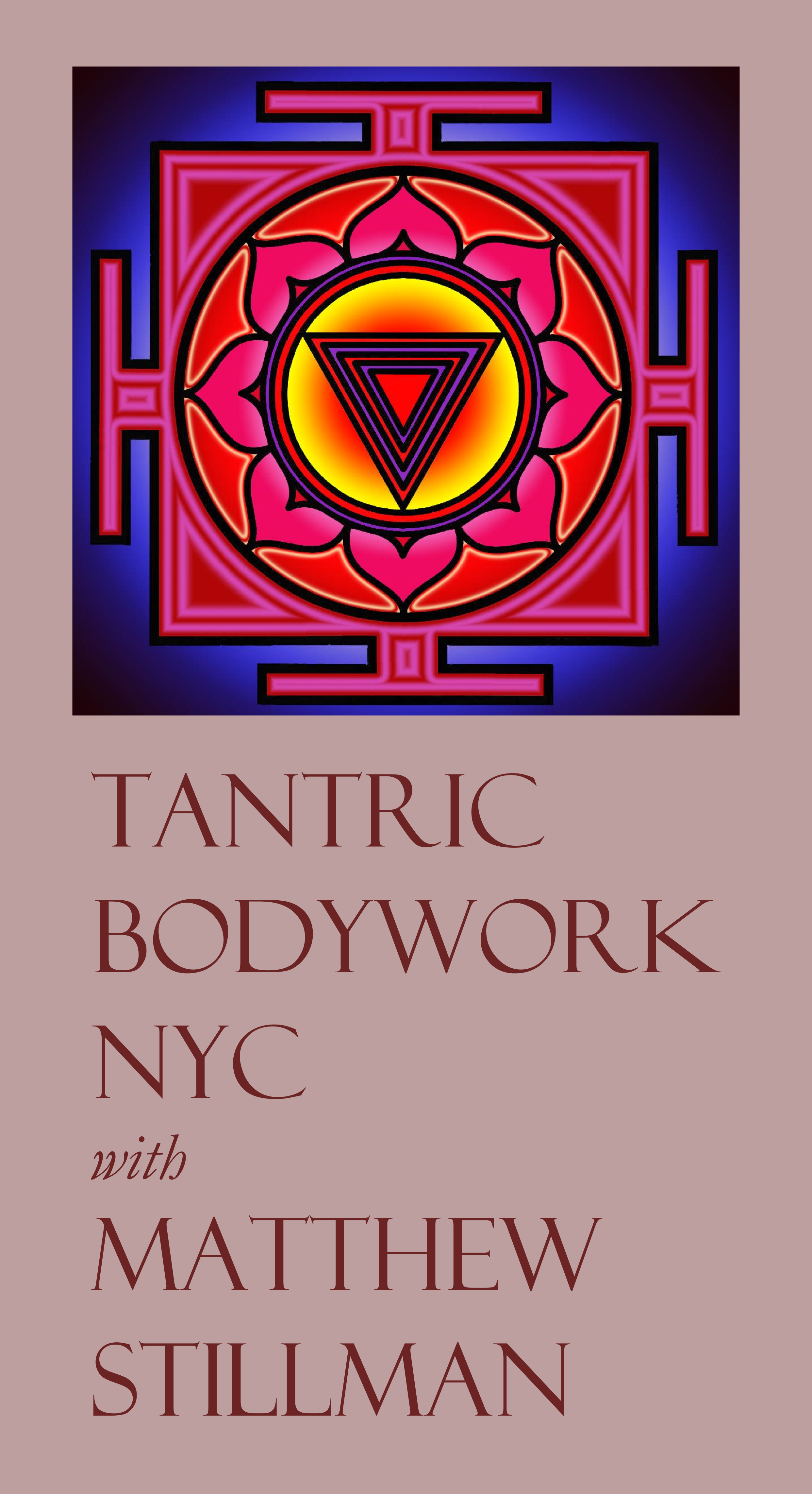 I love doing this work and am moved to do it because I adore the deep humanity of it. A chance to deeply see people and be seen at their most raw and most tender and to show up the same way. I am moved by the power of sexual energy in all of its forms and wild expressions. I am captivated by the mysterious and sacred power of sexual energy to shift what longs to be moved inside us and in so doing heals and connects us.

I also do this work to help with reckoning the sex and spirit divide in our culture. Whether you are religious or not, we have emerged from a culture that has been deeply shaped by religion. The attitudes about sex, pleasure and the body that have been set in culturally take some unwinding. Spirituality and love get along incredibly well…spirituality and sex…not so much. This type of bodywork is part of that reconciling. I care so much about reconciling sex with spirit that I have written a novel called Genesis Deflowered that takes the King James Bible’s version of Genesis and added text to it to turn it into an erotic novel but written in the chaste and poetic language of Elizabethan English. There are nearly 500 suggested sexual acts in Genesis but none are described. And none are initiated by women. This is impossible. So I named unnamed women and gave them sexual agency. Really, I wrote this book and people read it. Find out about it here.

But the point is is that I am committed to moving this energy of sex and spirit in new ways. I have a lifetime of meditation, deep spiritual practice and discipline with Advaita Vedanta, Zen, Buddhism and other mystic traditions that inform my work and being in the world.

I believe that reconciling sexual energy in all its forms with the spirit is a way to integrate and be more whole and more human. This is one of the many types of revolution that I can get behind so I started with myself.

My study of bodywork started young when I was a dummy for my mother going to massage school. I learned the first parts of bodywork and awareness there. But since then I had taken dozens of workshops and classes in Swedish, Thai, Turkish, Lomi Lomi, what would evolve into Kramer’s Sexological Bodywork and other types of body and energy work. Additionally I have done deep study of Tantric and Taoist sexual bodywork practices because I was interested. I had always loved giving bodywork to friends but a few years ago an opportunity to start to do this professionally came up. And I have been pursuing it since. I have been touched and transformed by this work for over two decades and humbled by my professional experiences. To hold space and boundaries and to support real energetic shifts in people has lifted my heart and opened it in ways that I couldn’t have fathomed. Seeing them at their most hungry and most open just cracks me open every time.

Despite decades of self inquiry, I feel like I am really covering new ground in myself even now. Finding things that I had never addressed, feeling things that I must have skipped over somewhere. At this point I’m being as sincere as I can render – not simply dodging pain or easily just indulging pleasure. I am into being with what shows up as fully as I can manage. Like you, I am a work in progress. Or perhaps a play in progress might be a better word.

My own journey of healing, wholeness and personal discovery and inquiry informs my work perhaps more than anything. The ground I have covered and have stood on helps me to be your guide and compassionate witness in the work we do together. Though not always easy, practicing self-acceptance and self-love helps me appreciate the beauty and struggle in each person I meet. I’ve spent years studying my craft, but by far the most valuable pursuit for my practice has been cultivating an open heart.

Here are a few things I have discovered really deeply:

-I admire and am touched by the bravery of every person who takes their clothes off in any amount to receive bodywork. That act makes their bodies impeccably beautiful to me and I treat those bodies like I admire them.

-Being in touch with sexual energy in your body is like speaking the language you were born into  but hadn’t been really speaking except in snippets or passed in notes. With that language all sorts of poetry, song, and exuberance of feeling can be expressed.

-There is not a finite pie of love in the world that is sliced up. Love rises to meet the need. Love arises between the people in this type of work. It is bigger than romance or egoic based love. It is simple and clean and transformative to experience love without any hooks.

Outside of this work I do all sorts of other creative and healing and advocacy types of work that are good for my soul. Writing, creativity, tax reform, improvisational comedy, creativity consultations are just a few.

To find out more about rates and how we might work together please email me at tantricbodyworknyc@gmail.com.